Family planning is a human right: an imperative to sustainable economic development 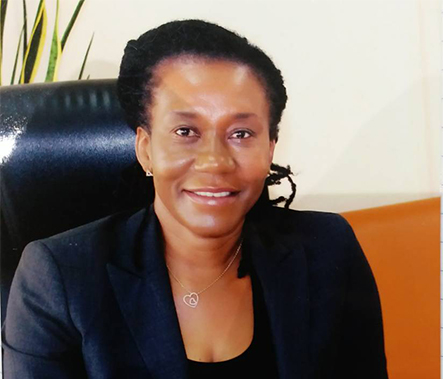 Family planning is a human right: an imperative to sustainable economic development

“Every second, every day, every year, we fail to address demand for reproductive health and family planning services. Lives are lost, and girls’ opportunities to thrive and contribute to their country’s development shrink………..”-Jenny Shipley.

I am so excited to be getting married in a few months to come. In preparation towards having a blissful marriage, I ensure not to absent myself from any marriage seminar within my reach. In one of these seminars, I recollect vividly the speaker advising couples and yet-to-be couples to always plan their families, as it was essential for proper growth of the women and children amidst other benefits that comes with it.

Last Friday, I visited my grandmother who happens to be ninety-five years old. After exchanging pleasantries with her, I told her about my impending marriage and my thoughts of going in for family planning. Lo and behold, to my uttermost surprise, she disagreed vehemently adding that family planning was committing murder and asked why I wanted to reduce the number of children God wanted to give me.

That was when I realized that a lot has gone under the bridge and more needs to be done in educating the public on what at all family planning is and its benefits to the individual, society, and nation as a whole. It’s quite unfortunate that most Ghanaians in our modern era of civilization have embellished in their minds the same perceptions as my grandma.

The question I can’t stop myself from asking is: aren’t such Ghanaians aware that family planning is a human right and an imperative to sustainable economic development?

What Is Family Planning?

Often, young people are considered not old enough to use services and facilities that offer family planning, or they simply do not know that such services exist for them. However; the service applies to all women in their reproductive years (age 15-49). Due to the stress and sacrifices women have to go through during pregnancy and the subsequent responsibilities of motherhood, there is the need for women especially career women to plan the birth of their children.

This is because; no employer would want to give a woman three maternity leaves in five years which might reduce productivity and development and consequently lead to a lay-off. Proper planning and consideration, therefore, needs to be taken by career women only if they want to keep their jobs. Young girls who also do not want to abstain from sex must also know about family planning so as to avoid unwanted pregnancies and illegal abortions.

Family Planning as a Human Right

According to the United Nations Population Fund (UNFPA), “family planning is not a privilege, but a right. Everybody in the world should have access to contraception. By simply helping women space and limit the number of children will add billions of dollars to the world economy improve global health, increase women’s education (which in turn boosts economic output) and save lives”.

Human rights are rights inherent to all human beings, whatever our nationality, place of residence, sex, national or ethnic origin, colour, religion, language, or any other status. We are all equally entitled to our human rights without discrimination. These rights are all interrelated, interdependent and indivisible.

Universal human rights are often expressed and guaranteed by law, in the forms of treaties, customary international law, general principles and other sources of international law. International human rights law lays down obligations of Governments to act in certain ways or to refrain from certain acts, in order to promote and protect human rights and fundamental freedoms of individuals or groups. Family planning is central to gender equality and women’s empowerment, and it is a key factor in reducing poverty

The Government and Family Planning

There are no legal and constitutional provisions of family planning in Ghana. However, various national policies and strategy plans have addressed the topic of family planning. In Ghana, government support of family planning programmes began in 1969. Some of the major programme initiatives are the Contraceptive Social Marketing project (1987-1990), the Ghana Family Planning and Health Programme (FPHP) (1990-1996), and the Ghana Population and AIDS Project (GHANAPA) (1996-2000).

Family planning is also an important opportunity for identifying and managing other reproductive health problems, including STI/HIV/AIDS. As such, there has been deliberate efforts to train providers of family planning services in the management of STIs (counseling, diagnosis, and treatment/provision of drugs) using syndromic management over the years.

Also in 1969, Ghana was the second African country to promulgate a policy supporting family planning, namely the policy paper “Population Planning for National Progress and Prosperity”. Further in 1969, the Ghanaian government conducted a large education campaign on family planning. The country’s first population policy of 1969 was followed by the establishment of the Ghana National Family Planning Programme (GNFPP) in 1970. The program was launched to implement the population policy through the use of existing governmental agencies.

In 2005, another comprehensive strategy, “A Road Map for Repositioning Family Planning in Ghana (2006-2010)” was developed. This national policy sought to improve family planning services into the various service components of reproductive health in Ghana within a five-year period by calling for an increase in: political commitment, public awareness and acceptance of family planning as important to national health and socio-economic development, and funding for family planning commodities and services.

In 2010, “Ghana Shared Growth and Development Agenda” was established between 2010 and 2013, which recognized family planning as a top priority for inclusion in national development plans and activities at all levels. This was followed by “Ghana Shared Growth and Development Agenda II” from 2014 to 2017 which focused on describing health service delivery intent and focusing on HIV, STI and family planning in Ghana.

The current policy is “Ghana Family Planning Costed Implementation Plan 2016-2020” (GFCIP). GFPCIP’s main objectives are to increase the use of contraceptives among married women to 30% and unmarried women to 40% by 2020. Ghana plans to implement this change through the financial resources of development partners amounting to $235 million (USD) between 2016 and 2020, to invest in community education, maternal and infant health care, infrastructure, and contraceptives and family planning counsel.

Economic development is the growth of the standard of living of a nation’s people from a low-income (poor) country to a high-income (rich) economy. When the local quality of life is improved, there is more economic development. Ghana has a high rate of population growth but unfortunately with few resources to cater, educate and feed the many people being born into the country.

Comparing Spain to Ghana, it remains an undeniable fact that we have a high population growth depending on the very few resources the nation has which is obviously one of the many reasons why our country continues to sink in poverty. An estimated 38.8 per cent of the population is made up of the youth according to the Ghana Statistical Services.

We live in a country where access to quality healthcare and education is nothing good to write home about, the youth are not equipped with skills, our streets filled with street children and last but not least, the discussion of sex related issues forbidden in many homes even in this modern era, how do we progress then as a country?

Our youth especially the females lack knowledge on family planning and have been entangled by religion and traditional beliefs while we continue to rot in poverty and ignorance. It is disheartening to know that family planning programmes in resource-poor settings are usually fragile, show signs of poor performance and are both dependent on international funding and constrained by existing policies or lack thereof. However, it is exactly in those settings where family planning programmes are most needed if our country’s aim is to reduce inequalities in health, reduce maternal and child mortality rates, alleviate poverty and foster economic development.

In order to provide an improved quality of life for Ghanaians, the National Population Council was established as a statutory body mandated to coordinate, monitor and evaluate all population programmes in the country as well as conduct or commission research into existing and emerging population n issues of which family planning issues are dominant.

Despite masses of advocacies by the Council to fulfill its vision and mandate, it has been faced with numerous constraints. Notable amongst such constraints include inadequate financial support from all stakeholders across the country, logistical constrains, human resource among other various challenges.

The population of any Nation is its most valuable resource thus the need for all stakeholders, international agencies, the media, our religious organizations, various institutions, health organizations, political groups, parents and all to join hands with the government to develop the country through population management. Ghana is not an island, we are evolving with the world hence the need to be at pace with the world’s economic development through improved family planning and population management. This is our priceless home, let’s make it worth living.