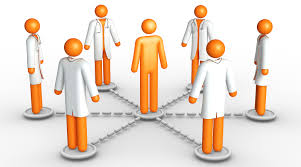 The National Population Council coordinates the implementation of the policy and programmes, fosters functional linkages and harmonises population issues among sectoral ministries, institutions and agencies at the national, regional and district levels. The Council also serves as the national public relations agency on population issues affecting the country and provides background materials on population to agencies that need them.

Coordination of population activities is undertaken by a multi disciplinary Council at the national level. The National Population Council has offices in all ten regions of the country. Multi-sectoral Regional Population and Advisory Committees (RPAC) made up of key partners at the regional level have also been established in all ten regions of the country. It is the responsibility of the RPAC to identify and address region-specific population and development issues.

The RPACs also facilitate the NPC’s mandate to coordinate population programmess in the region and foster closer linkages among partners at that level. The RPAC is chaired by Regional Minister or his/her representative. There are also District Population Advisory Committees (DPACs) in some districts performing similar functions as the RPACs at the district level. The DPAC is chaired by the District Chief Executive or his/her representatives. NPC also holds regular meeting with Development Partners (Bilateral and Multilateral) on the coordination of population related issues.