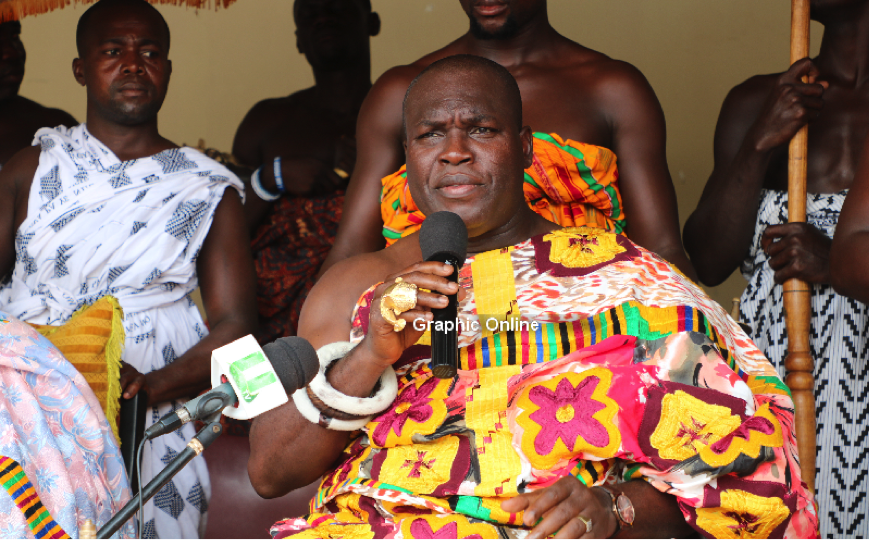 The Paramount Chief of the Akwamu Traditional Area, Odeneho Kwafo Akoto III, has called for smaller family sizes as a way to control the country’s growing population.

He said encouraging people to have small family sizes is the way to go, considering the country’s limited resources and the global economy at large.

Odeneho Kwafo Akoto made the remarks at a day’s sensitization workshop organised by the National Population Council (NPC) on population, health and livelihood for the chiefs and people of Akwamu Traditional Area in the Eastern Region.

It was on the theme: “Teenage pregnancy and child marriage, effects on sustainable national development”.

The main goal of the advocacy workshop is to build alliances among traditional authorities for intervention programmes on family welfare, including family planning, to facilitate the achievement of sustainable development in the country.

The sensitization provided a platform for traditional leaders, opinion leaders and other citizens, including the youth of the Akwamu Traditional Area to deliberate on the development of the area through a measured population structure.

Odeneho Kwafo Akoto said having small family sizes would help ensure a better society where people can have access to quality lifestyles, including, education, health, and other social services.

He added that it would be of no essence for people to give birth to children they cannot cater for, hence making such children to become frustrated in life.

Odeneho Kwafo Akoto said children whose parents are unable to cater for their needs always end up on the streets, engaging in all forms of social vices, including armed robbery and prostitution.

The Executive Director of the NPC, Dr Leticia Adelaide Appiah, said healthy families are essential for any country as they have a direct impact on human, moral and social capital as well as on resource use.

She explained that high fertility and high population growth rate lead to a decrease per capita income in two ways—“firstly, more consumers divided any given amount of goods and secondly, each worker produces less because there is less capital per worker”.

Dr Appiah, however, said “with manageable family size and population growth, savings increases at the individual levels, translating into national funds for development”.

Touching on the workshop, she said traditional leaders and traditional structures are the pivot around which many African communities revolve, hence involving them in population related matters would help achieve the desired results.

“There is a strong link between traditional leadership, ethics and culture, with traditional leaders considered as custodians of culture from one generation to the next”, she said, adding that “they are therefore a key partner in population programmes as they are well placed to work with their communities to improve the quality of life of the people.

A Senior Lecturer from the Department of Population and Health at the University of Cape Coast (UCC), Dr Kobina Esia-Donkor, said the government can change the country’s soaring population structure by investing in education and family planning.

He said having large family sizes would only result in financial constraints on both the families and the state at large, hence the need for people to reconsider the number of children they have in relation to their economic abilities.