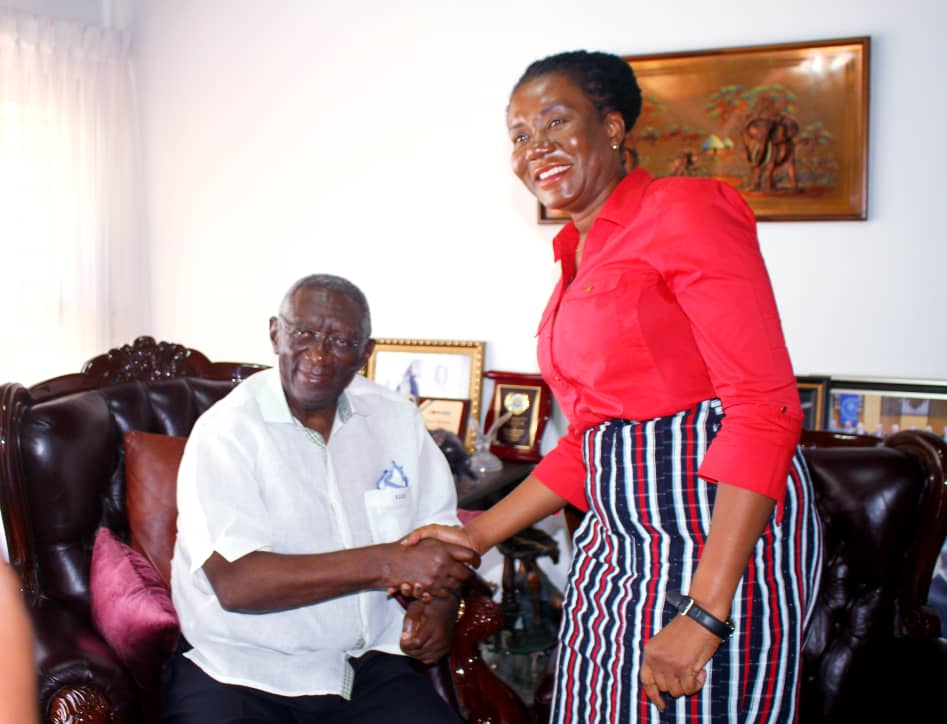 Ex President John Agyekum  Kufour has urged all parents to have enough time with their wards so as to be able to train them with the needed moral ethics and societal values in order to address the menace of teenage pregnancy  which is compounding our population issues  and  taking a toll on our economy.

According to him, lack of attention by some parents for their children at home in recent times is affecting child development and the moral upbringing which has been one of the key factors that leads to teenage pregnancy in the country.

Getting parents involved in their children’s learning, and the home upbringing has been identified to make a real difference and potentially has a much bigger impact on a child’s success and the society at large.

“ These days necessity drives the parents to dump their children at school very early in the morning, go to work and get home very late with just a little or no time at all with the children” he said.

“Education is good, teachers would to their best by providing academic duties to children at school. However every parent has a vital role to play in guiding the child and molding them with the right norms of society.  Until we set population management issues right, we would lose the fight as a nation “he added.

The Ex President said this when the Executive Director, of the National Population Council (NPC), Dr. Leticia Adelaide Appiah paid a courtesy call on him to brief him on the current states of the Ghanaian Population and reproductive health management and asked him for his support.

Again, he urged her to continuously lobby for support in order to get the needed resources which will enable her to propagate the message of the Council

Dr. Appiahsaid teenage pregnancy is taking a toll on productivity in the country and for that matter a holistic and comprehensive approach is required to tackle it rising threat.

The Director however noted that even though NPC has ten regional offices in the country, funding has been one of the major setbacks which has affected the Council to perform its mandate effectively and efficiently since its establishment.

She therefore appealed to the Ex President to add his voice to the call for support towards the work of population management in the country.

She disclosed that the NPC would collaborate with the Hungarian government, the Chinese and other organizations for support, to see how best Ghana’s population issues can be solved.

She said, as part of the activities making the world population day which was celebrated in Accra a couple of weeks ago, the NPC dramatized population dynamics at the Osu Presby Hall.

This, she said is part of efforts being made to channel concerns to the various stakeholders and Civil Society Organizations to know more about the realities on the ground.

Finally, Dr. Appiah said, the drama would be repeated to a larger audience at the National Theater and across ten other regions in the country when the Council is able to solicit for funds to support the event.