Capacity Building Workshop for Cast of the “You Only Live Once” (YOLO) Television Drama Serial, 21st to 22nd February, 2017

National Population CouncilNewsCapacity Building Workshop for Cast of the “You Only Live Once” (YOLO) Television Drama Serial, 21st to 22nd February, 2017 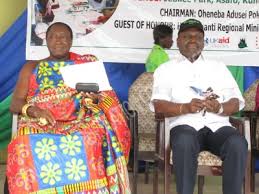 Capacity Building Workshop for Cast of the “You Only Live Once” (YOLO) Television Drama Serial, 21st to 22nd February, 2017

The National Population Council (NPC), the coordinating agency for the Ghana Adolescent Reproductive Health Project (GHARH) organised a two-day capacity building workshop to build the capacity of the cast of the “You Only Live Once” Television drama serial as ambassadors and role models for adolescent reproductive health issues (ASRH) and the GoodLife Campaign from 21st to 22nd of February, 2017, at the High Gate Hotel, Asylum Down, Accra.The workshop was attended by fifteen members of the cast as well as facilitators from the National Population Council, Ghana Health Service, the Palladium Group and Communicate for Health. The cast were taken through presentations on adolescents and young people in Ghana which highlighted key adolescent reproductive health issues such as abortion, sexual violence, impact of education on ASRH as well as policy and programme interventions using evidence based data. There were also presentations on the roles, rights, responsibilities and advantages of being an ambassador; public speaking; negotiation and decision making skills; the concept of adolescence, the major changes that occur during adolescence as well as the vulnerabilities and risks associated with adolescence.The cast undertook group work and presentation at plenary aimed at enhancing their knowledge and delivery skills with regards to ASRH and other related issues.

Feedback from the cast at the end of the workshop indicated that the issues discussed had been well assimilated. Specifically, the cast intimated that they were now well informed in matters concerning ASRH and related issues such as abstinence, adolescent contraception, HIV/STIs, pregnancy and abortionas well as the Good Life Campaign which focus on issues such as nutrition, sanitation and malaria and reiterated the desire to use their fame as a vehicle to facilitate behavioural change among adolescents and young people.

The Executive Director of the National Population Council (NPC), Dr Leticia Adelaide Appiah in her concluding remarks urged the cast to pay critical attention to the content and context of their messages as well as the characteristics of their audience since these factors determines the type of information they would provide. Finally, she expressed the hope that the cast would put to good use what they have learnt during the workshop and eventually boost the image of the YOLO brand and the National Population Council.