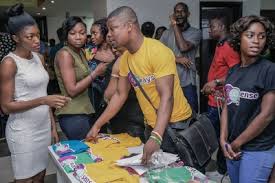 The National Population Council (NPC) Act, 1994, Act 485 mandates the National NPC to advise Government on population issues in the country. The NPC also has the responsibility to coordinate population programmes, set programme targets and promote the integration of population variables into national development planning to improve the quality of life of the people of Ghana.

In carrying out its mandate, the NPC is guided by the National Population Policy, 1994 and the Adolescent Reproductive Health Policy, 2000, both of which are reflected in the current Ghana Shared Growth and Development Agenda, 2014-2017.

In 2006, in the bid to set priorities and give direction to its work, the NPC developed the NPC Strategic Plan, 2006-2008. Since then a lot has changed, at the global, regional and national levels, including changing demographic trends and the revision of the National Population Policy and Adolescent Population Policy. This requires a review of the NPC Strategic Plan to make the NPC more relevant to the current development aspirations of the people.

The new strategic plan will redefine “a new relevance” for the role of the NPC in modern Ghana’s development process.

The general objective to develop a new Strategic Plan for the NPC is to ensure an effective coordination of population related programmes and activities in Ghana for the benefit of the of the Ghanaian population. The specific objectives are the following to:

Based on the following, a workshop was held at Forest Hotel, Dodowa, on 14th -16th December, 2016 to develop a Strategic Plan for the NPC. Participants involved in the workshop consist of four Council Members, a three member consultants from the Regional Institute for Population Studies (RIPS), management and staff Directors and Heads of Units of the National Population Council Secretariat, from  Head Office, Accra and Five Regional Population Officers (Central, Western, Greater Accra, Brong Ahafo and Upper West).