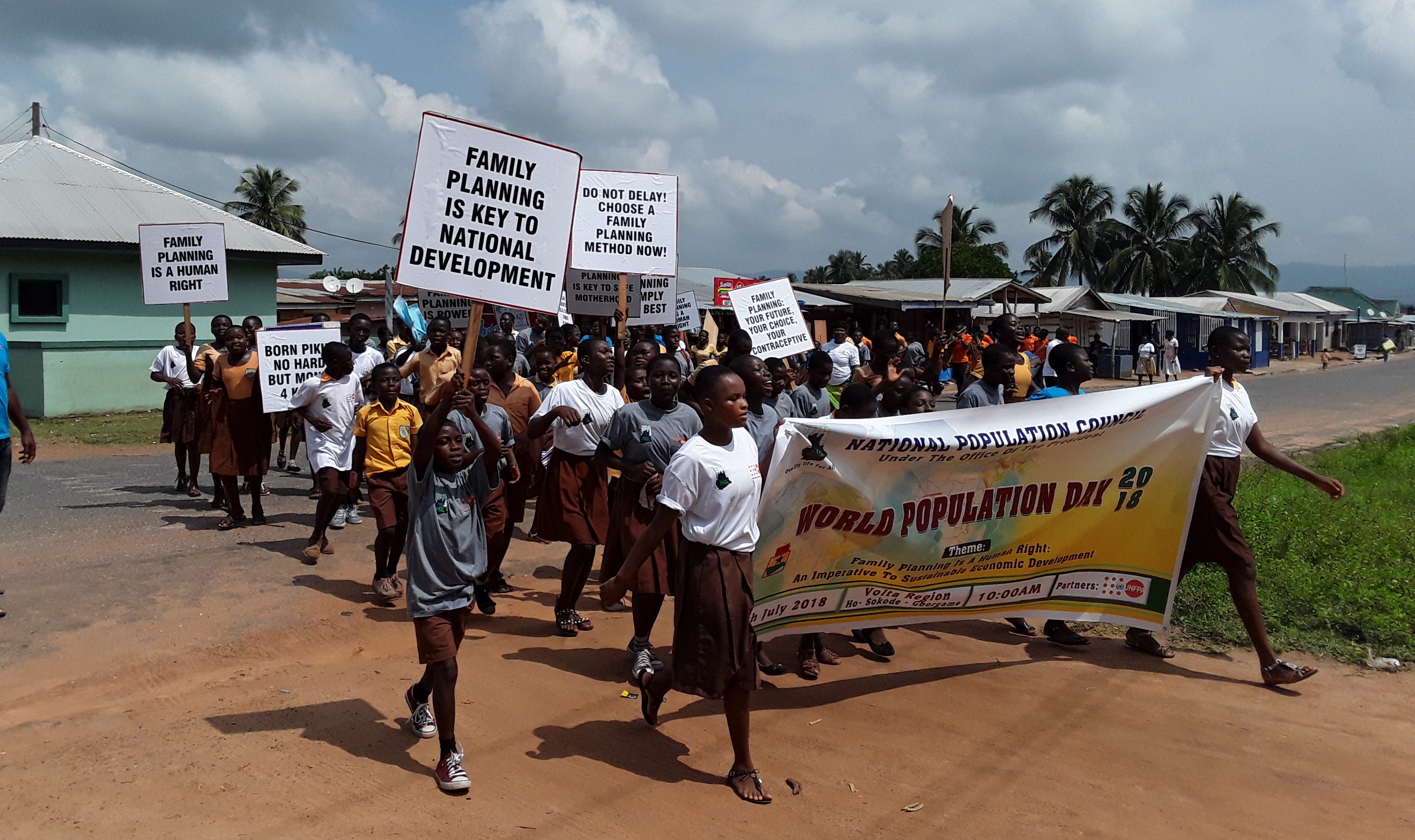 The World Population Day (WPD) has been marked in Ghana with a call on the government to make a conscious efforts to make family planning available and accessible to people of reproductive age, particularly women and adolescent girls.

This, according to the Executive Director of the National Population Council (NPC),  Dr Leticia Adelaide Appiah, would yield socio-economic gains that could propel the country’s development forward.

She said family planning is a human right and has a strong linkage with sustainable development at all levels, adding that “family planning is central to gender equality and women’s empowerment and is a key factor in reducing poverty”.

Dr Appiah made the call at the national durbar held at Sokode-Gbagame in the Volta Region to mark this year’s WPD.

It was held on the theme:”Family planning is a human right, an imperative to sustainable national development”.

The WPD is a United Nations’ initiative celebrated every year on July 11 to raise awareness about the exploding world population.
The occasion, which is usually used to create awareness about population issues such as family planning, human rights, right to health, gender equality, child marriage, use of contraceptives, sex education, and knowledge about sexually transmitted disease.

This year marks 50th year since family planning was recognized by the United Nations as a human right.

The current global population is estimated at 7.6 billion as of July 2018 by the United Nations statistics as reported by the Worldometers.

Studies show that an estimated 214 million women in developing countries have an unmet need for modern contraception.

Studies further indicates that nearly half of the estimated 56 million abortions carried out worldwide each year are unsafe, leading to the deaths of at least 22,800 women every year, due to a combination of lack of access to contraception, strict laws on abortion and stigma around terminations.

“It is therefore important that family planning becomes accessible to all who need it,” she said.

The United Nations Population Fund (UNFPA) Country Director, Niyi Ojuolape, said the low family planning uptake among women generally “threatens their ability to build a better future for themselves, their families and communities”.

He said it is worrying that women in the country continue to suffer from maternal mortality and morbidities due to conditions such as haemorrhage,  hypertension,  unsafe abortions and fistula.

He added that the UNFPA would continue to partner the government in providing family planning services by ensuring reliable supply of a  full range of modern contraceptives.

The Volta Regional Minister, Dr Archibald Letsa, noted that the country through family planning could attain a lower fertility rate which would lead to a more balanced age structure conducive for economic growth and development.

He said family planning would lead to the incidence of small family sizes which would afford parents the opportunity to adequately provide for the needs of the children and nurture them into responsible citizens in the future.

The Member of Parliament (MP) for the Biakoye Constituency and a member of the Parliamentary Select Committee on Population, Mr Aboagye Kwadwo Nyanpon, said it was imperative that the country adopts quality family planning services to help manage its growing population.

He said the negative impacts of over population on the national economy calls for urgent attention and action, adding that there was the need to well resourced the National Population Council and the Ghana Statistical Service to provide the government with accurate data on the country’s population to inform policy formulation and implementation.