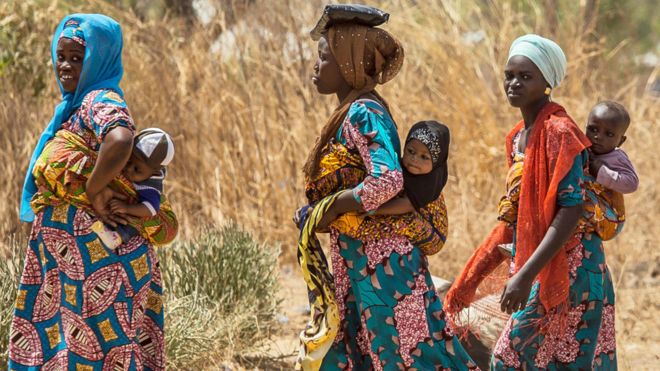 In our series of letters from African journalists, Elizabeth Ohene considers the controversial proposal to limit women to having three babies in Ghana.

Among the Ga, the people who are indigenous to Ghana’s capital, Accra, a woman is entitled to a live sheep on the delivery of her 10th child. The word for it is “nyongmato”.

I am not making this up even though it does sound like the kind of apocryphal story that is regularly made up.

Lots of very important people among the Gas can testify to this. Unfortunately, I have not met any woman who has actually got a live sheep for having given birth to 10 children.

Indeed, I have never met any woman who has had 10 children.

I don’t know if I have been moving in the wrong circles, because I don’t even know any woman who has had five children. OK, as soon as I wrote that, I realized I was wrong.

Two months ago, I went to the funeral of a female relation of mine who was my classmate in primary school.

I was scandalized and I spent the entire funeral going over these figures and moaning to myself how easy it was to find the reasons for the poverty in Ghana.

I have been waging a lonely unpopular battle about the rate of population growth in our country and against women having so many babies, but to no avail.

I roll out what I consider to be a sound argument that I thought would win over all doubters.

I cite Norway, which had a population of 3.5 million to Ghana’s five million at the time of our independence in 1957.

Today, there are 5.3 million people living in Norway while Ghana has a population of nearly 30 million.
‘We don’t count children’

I make the argument that even if none of our rulers ever stole any public funds, we would still have economic difficulties at this rate of population growth.

The last time I visited Lillehammer in Norway, I wrote in my column about the difference in our two situations. I pointed out it is no wonder everything is bursting at the seams and we are forever worrying about the lack of classrooms.

Somehow, these arguments don’t cut any ice with people here because it is considered in extremely bad taste to complain about the number of children somebody has.

As someone once claimed to me: “In our tradition we don’t count children.”

The good news is that now I don’t feel alone in this battle.

Into the fray has jumped the Executive Director of the National Population Council, Dr Leticia Adelaide Appiah, and believe me, she is an exceptionally brave woman.

She is not speaking in parables, she is straight to the point. She has proposed that women should be restricted to having three children.

And she says this should be obligatory.

If a woman goes beyond this sacred number of three, she would be punished by being denied access to free government services.

We have to talk about the quality of life, Dr Appiah has been arguing.

I don’t recall that anyone in an official position has been this categorical in Ghana about family planning ever before.

We have had a family planning policy since 1970 but usually people only talk about the spacing of births and then hope that the spacing will lead to the birth of fewer children.

This time around Dr. Appiah is urging a cap on the number of children a woman should have.

It is interesting to note that that the people who claim to be outraged by the proposal to limit the number of children have been largely men. I’m sorry none of their arguments stick in my mind long enough to repeat here.

I have not yet heard any woman complain that they don’t want the number of children they can have to be restricted.

Ghana’s fertility rate, that is the average number of children per woman, currently stands at four, though that figure has fallen steadily over the last 30 years.

Another interesting statistic worth noting is that there has not been a single death from measles in Ghana since 2002. Measles used to be one of the main infant killers, and the main justification for having many births.

This past week, I have been doing a very unscientific survey.

Every pregnant woman I have seen, I have asked which number it was and I have not yet met a woman in her third pregnancy. But I am probably looking in the wrong place by asking working women in banks, in offices and shops; the high birth rates can be found mostly in the rural areas.

There might yet be some women who are aspiring to get that live sheep.

We would probably have to find an equally attractive present for every woman who decides to stop at three or below. The problem is I can’t think what can possibly challenge the “10-baby sheep”, nyongmato.