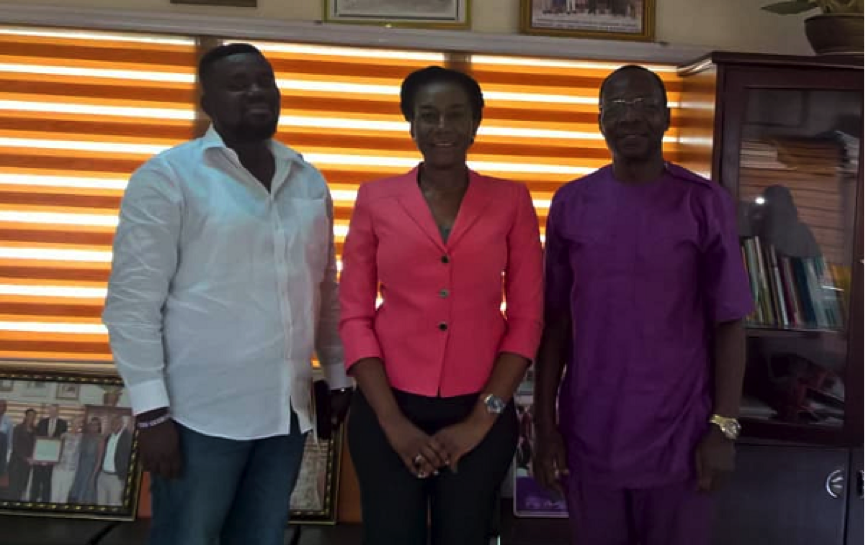 The Executive Director of the National Population Council, Dr Leticia Appiah (middle) with the President of GJA, Roland Affail Monney (right) and the Administrator of the Ghana International Press Centre, Mr Fiifi Nettey

Ghana’s population is hovering around 29million and according to the Population Council, there was the need to reduce the high-expected population growth rate. Speaking during a visit to the National Population Council in Accra, Mr Affail Monney said the media will help raise awareness on Ghana’s population growth rate and its intended effects. This, he said was to help enhance the speedy development of the country and engender the ‘Ghana Beyond Aid’ mantra of the government, aimed at making Ghana self-sufficient to accelerate development.

Mr Monney was of the view that the media had a critical role in helping to educate people to have small family sizes which they can cater for and set the agenda on population issues to help better position Ghanaians in making right choices with the use of the Ghana population policy document.

The Executive Director of the National Population Council, Dr Leticia Appiah, for her part, appealed to GJA to create an award category for Journalists who would champion the course of population and its attendant issues in the country. She bemoaned the high teenage pregnancy rate, adding that because many teenagers cannot cater for the welfare of the children they give birth to, such children end up becoming street children. She said if efforts are not intensified to address the high teenage pregnancies, “we will be suffering since 45 per cent of people on the National Health Insurance Scheme (NHIS) are under 18 years and also with 14 per cent teenage pregnancy rate,” she explained. “The NHIS is overburdened because of the high rate of deliveries by the unproductive group (teenagers) who are delivering for free and also on the NHIS”, Dr Appiah explained