Growing population of Ghana, a call for celebration or concern?

National Population CouncilNewsGrowing population of Ghana, a call for celebration or concern? 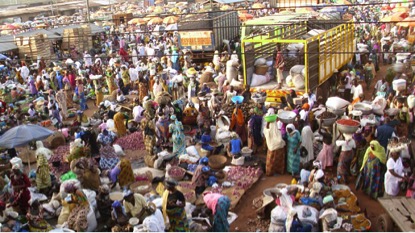 Growing population of Ghana, a call for celebration or concern?

“If we do not voluntarily bring population growth under control in the next one or two decades, the nature will do it for us in the most brutal way, whether we like it or not”—Henry W. Kendall.

Population is the most valuable resource of any

nation. However, population can either be an asset or a liability depending on the ability of one’s society or nation.

According to some demographers, population can be an asset if it is well managed. On the other hand, unmanaged population turns be a source of worry to many societies and states.

For instance, Article 37 Clause 4 of the Fourth Republican Constitution of 1992, enjoins government to maintain a population policy consistent with the aspirations, development needs and objectives of Ghana, and to ensure that population issues are given the prominence they deserve in the country’s development plans and programmes.

Ghana demonstrated its commitment to the advancement of population programmes by being the first Sub-Saharan African country to sign the World Leaders’ Declaration on population in 1961. Earlier on in the 1962-63 session of the United Nations General Assembly, Ghana joined other countries in sponsoring a resolution on ‘Population Growth and Economic Development’.

From the above statistics, it is obvious that Ghana’s population has grown by more than 23 million people since the country gained independence.

Ghana currently ranks among the countries with the world’s highest rates of population growth. It is this high rate of growth, rather than the size or density of the population per se, which constitutes the basis for the deep concern about the country’s demographic structure.

Former President Jerry John Rawlings, for instance, has described the increasing population growth rate of the country as a source of threat to the country’s stability.

According to him, the high population growth rate will be a serious source of instability if necessary actions are not taken to deal with the situation, adding that “manageable population would grantee a better standard of living”.

Mr Rawlings believes the increasing population growth “is as a result of certain weakness” that must be addressed, and added that lack of discipline and sense of responsibility are part of the factors contributing to the high population growth rate.

High population growth has direct impacts on every aspect of life, particularly on the environment. This is because there will be too many people competing for the very limited natural resources, hence increasing the poverty margins, crimes, diseases, depletion of fishing stocks, pollution and degradation of the natural environment.

According to 2010 report by the National Entrepreneurs and Innovation Plan (NEIP, 2010), the increasing search for agricultural and grazing land, fuel-wood and charcoal, the land area, including forest reserves, is being continually invaded to the extent that the fragile ecosystem is now seriously threatened.

Distribution of young people in Ghana

The Sustainable Development Goals (SDGs), otherwise known as the Global Goals, which are to be achieved in 2030, are a universal call to action to end poverty, protect the planet and ensure that all people enjoy peace and prosperity.

However, considering the growing population of Ghana without any immediate plans to control the rate, puts Ghana at a tight corner to achieve these set goals in 2030.

The WPD, which seeks to focus attention on the urgency and importance of population issues, was established by the then-Governing Council of the United Nations Development Programme in 1989.

The Executive Director of the National Population Council, Dr Leticia Adelaide Appiah in an interview said by lowering fertility and slowing population growth, the working-age population grows in relation to the young and elderly populations.

She added that lower fertility combined with multisector investments make it easier for countries to improve the health and skills of the labor force and create jobs.

Dr Appiah told the Graphic Online that about 17 per cent of all pregnancies in Ghana are unwanted, adding that although many families would like to have smaller family sizes, due to lack of family planning methods, such families usually end up having bigger size families.

She said the country could slow down its population growth rate if family planning “is made easily accessible and available” to people of reproductive age.

She is the view that making family planning accessible to people would significantly reduce the incidence of abortions, explaining that nobody would think of abortion if such pregnancy was planned for.

Dr Appiah said the current population structure of the country where a few people have to take care of many young unproductive populations does not support manufacturing.

“Education on family planning will set the stage for economic development,” she said, noting that the country cannot make any meaningful national planning if the family, which is the basic unit of the country is not planned and managed well.

A Senior Lecturer at the Department of Population and Health of the University of Cape Coast (UCC), Dr Kobina Esia-Donkor believes that the country could control its population if the menace of teenage pregnancies are checked.

He said adolescent childbearing is associated with lower educational attainment among the mothers, and it can perpetuate a cycle of poverty from one generation to the next.

She said many Ghanaian teenagers are getting pregnant, particularly along the coastal communities, noting that Volta and Central regions top the chart of teenage pregnancies as well as border towns and communities.

As part of measures to check the practice, the population expert has called for a review of the country’s laws on the age of sexual consent.

According to him, since children of age 16 can consent to sex, they can choose to engage in sexual acts without protections which could lead to teenage pregnancies or contraction of sexually transmitted infections (STIs).

Dr Esia-Donkor again suggested that another way of tackling the menace of teenage pregnancies in the country was to introduce into the country’s educational curriculum, comprehensive sexuality education to equip the young ones with the needed knowledge on sexual health reproductive issues

It is therefore important to realise that considering the overall effects of this population growth on the living standards, resources use and on the environment, we must take drastic and urgent measures to solve this eminent time bomb that we seem to care very little about.

A Chief Statistician and a Census Coordinator with the Ghana Statistical Service (GSS), David Kombat in an interview with the Ghanaian Times, which was published on Citifmonline on March 12, 2018, said the country’s population growth rate is at an estimated 2.5 annually, explaining that an estimated 38.8 per cent of the population is made up of the youth.

According to some demographers, the youthfulness of the country’s population, could have negative impacts when the youth are not well-equipped with skills to be gainfully employed and to be empowered to contribute to national development.

It is therefore important to realise that considering the overall effects of this population growth on the living standards, resources use and on the environment, we must take drastic and urgent measures to solve this eminent time bomb that we seem to care very little about.