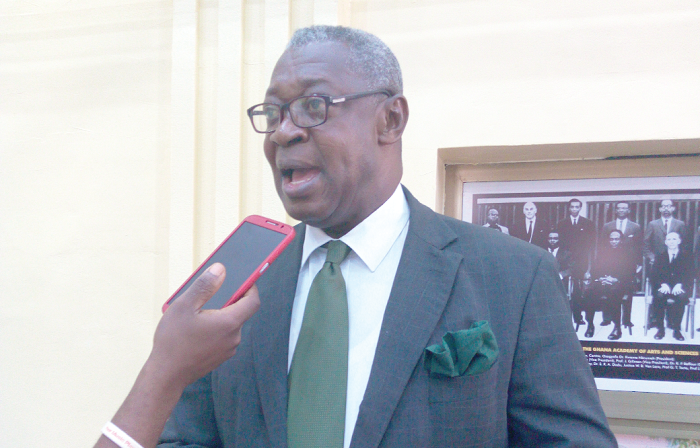 Professor Agyeman Badu Akosa, a Commissioner of the National Development Planning Commission (NDPC), has called on men to be involved in family planning and women empowerment issues for the country to reap the demographic dividend.

Opening the first ever-male conference in Ghana, organised by the National Population Council (NPC), Prof. Akosa said men played a dominant role in decision-making so they should drive the agenda to improve the quality of life.

The conference had “The Role of Men in Sustaining Quality Life for All: A driving Force in National Development” as its theme and aimed at creating a platform for stakeholders to leverage the significant role of men in families to support quality family life.

Population policy
Prof. Akosa said in 1994 the government adopted its second National Population policy with the objective to provide the population with the necessary information and education on the value of a small family size, specifically, and the sexual and reproductive health, in general.

That, he said, was in line with efforts to improve and sustain the quality of life of the people of Ghana and that required the commitment of all sections of the country’s population, especially men, who were often the decision makers of family sizes and the use of contraceptives.

Prof. Akosa reiterated that the revised edition of the 1994 population policy recognised the significant role of men in family welfare and provided several strategies to increase awareness among men of their responsibility for the adequate care of their families.

He stated that including men in the reproductive health discourse had been incorporated in global agreements such as the International Conference of Population and the development, which recognised the role of men.

In a welcome address, Dr Leticia Adelaide Appiah, the Executive Director of the National Population Council, indicated that the conference sought to scrutinise the role and contribution of men in the attainment of national development.

Dr Appiah said the 2010 Ghana Population and Housing Census revealed males constituted almost 49 per cent of the total population but played a dominant role in decision-making.

The Executive Director indicated that the male conference sought to increase awareness among men of their responsibility for the adequate care of their families and in the reproductive health discourse.

She expressed the hope that the end of the conference would have built consensus on how to maximise the utilisation of limited resources for Family Planning programming in the country.

Role of men
For his part, a playwright and motivational speaker, Mr Ebo Whyte, urged men to redefine their roles in the society by shifting from being ceremonial heads to becoming more responsible family heads.

Mr Abubakar Manu of the School of Public Health, University of Ghana (UG), also said men must create an enabling environment in the home for children to freely ask questions that bothered them.

He noted that adolescents required information and skills, safe and supportive environment, health and counselling services which were vital for their successful transition to adulthood.