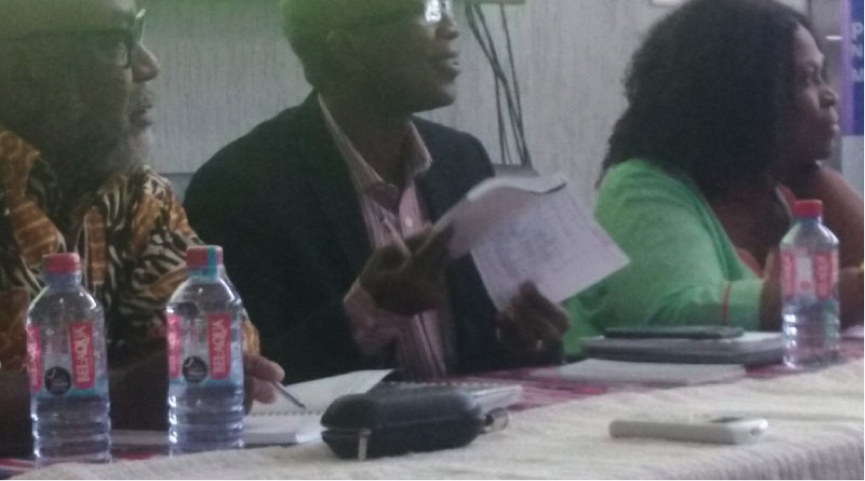 The National Population Council (NPC) has called for media partnership in intensifying advocacy and education on Adolescent, Sexual, and Reproductive Health (ASRH) in the country.

According to the NPC, Sexual and Reproductive Health issues had direct links to all the 17 goals of the Sustainable Development Goals (SDGs), and when addressed properly, could lead to the achievement of the quality life for all Ghanaians by the year 2030.

Dr. Leticia Appiah, the Executive Director of NPC, in soliciting the support of the media at an Editor’s forum stressed that despite efforts to address the ASRH, the impact have not been as expected.

According to her lack of sustainable financing, low education, lack of timely information, poor access to available services such as family planning, stigmatisation and the negative attitudes of service providers, especially towards ASRH rights and needs have contributed to this.

The forum, which was jointly organised by the NPC and Marie Stopes International, Ghana, was to create a platform for discussions with the media on their role in addressing ASRH issues and the attainment of the SDGs.

She noted that teenage pregnancy was still unacceptably high among girls at the basic school level leading to increased dropout rates, especially in rural Ghana.

The media had influential powers for enhancing education, effecting cultural change of negative practices, and pushing for political support and policy implementation, for adequate resources to address ASRH issues, she said.

Dr. Appiah said with Ghana’s current population being predominantly youthful, the country could not afford to leave anyone behind, but to ensure that their needs were holistically addressed to ensure national development.

She said this led to consequences such as unwanted pregnancies, high maternal mortalities and morbidity due to unsafe abortions.

“Ghana cannot achieve gender equality when about 7,000 girls are dropping out of school at the basic and secondary level, which is dangerous to achieving sustainable development for the next generation,” she said, adding that it had the tendency to derail all efforts at attaining the SDGs.

According to Ghana’s 2014 Demographic and Health Survey (DHS), about 14% of antenatal attendants were adolescents aged between 15 and 19 years.

“We cannot continue to do the same thing and expect different results,” she said, and urged the media to devote much attention to amplifying simple and clear information on the ASRH issues to effect a change in the attitudes of service providers.

Professor Augustine Ankomah, the Country Director of the Population Council, described reproductive health as the state of complete physical, mental, and social well-being, and not merely the absence of disease or infirmity, but also in all matters relating to the reproductive system and to its functions and processes.

He spoke on the truth, myth and misconceptions relating to ASRH, saying studies had shown that more girls in the rural areas in Ghana were having sex earlier than their counterparts in urban centres.

The studies also showed that those girls were often from poor families hence their vulnerability, and said it was the reason why timely information and education was critical to ensuring delayed sexual intercourse and pregnancy among adolescents.

Madam Cecilia Senoo, the Executive Director, Hope for Future Generation, said achieving the SDGs would be a mirage if efforts were not doubled, and called for more action than talk.