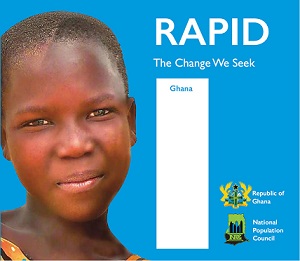 Development is complex, multidimensional, and intricately linked with population dynamics. In recognition of these factors, the 1995 International Conference on Population and Development (ICPD) Programme of Action (POA) recommended integrating population factors into development planning.

The population of a country has an impact on its socioeconomic development indicators as it forms the human resource base for national growth and development and is as well  the  direct  benefciary of  development.    In Ghana,  the effects of population growth have not occurred uniformly
nationwide, just as population dynamics are not homogenous across the country.

Ghana has over the years adopted several measures such the Ghana Poverty Reduction Strategies I & II (GPRS I & II) and the Ghana Shared Growth Development Agenda (GSGDA, 2010 – 2013) to achieve macroeconomic stability with  varying  degrees  of  success.    In  recent  times,  infation declined steadily, reaching single-digit levels before rising again in 2013. Substantial economic growth and increases in per capita income over time have accompanied these declines in infation rates. Real GDP increased an average of 4.3 percent from 1998 to 2002 and surpassed 8 percent in 2008 falling slightly to 7.6 percent by 2013…