RE: The Population Myth 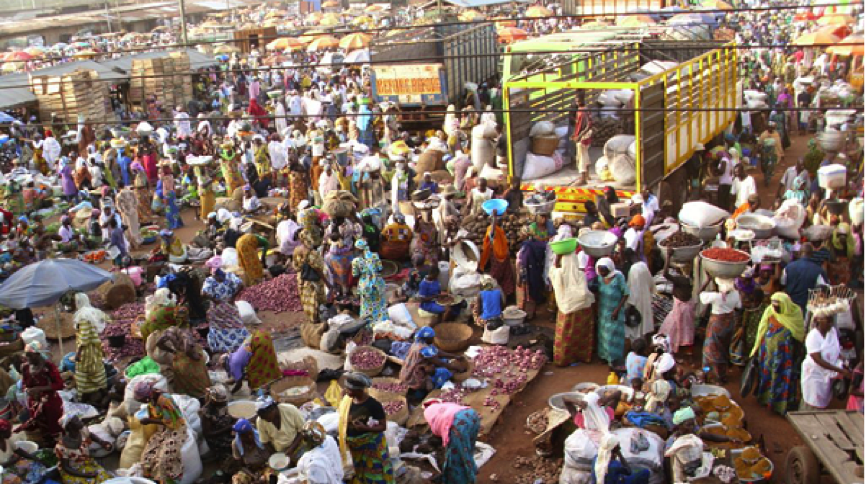 RE: The Population Myth

In his article titled The Population Myth carried in the September 22, 2018 edition of the Daily Guide Newspaper Dr Nii Moi Thompson wrote things about the National Population Council and its Executive Director that created some false impressions that need to be corrected.

Dr. Thompson wrote that the NPC is “prosecuting an alarmist campaign’ which according to him ‘seems to be driven more by disregard for facts and history than desire to enlighten the public’.

He described the three child per woman policy target of the NPC as ‘arbitrary and whimsical, even dangerous’ and said there is no research ‘anywhere that identifies three children per woman as the optimal threshold’.

Clearly, his understanding of population and development does not include health of the population; that is why he is talking about absence of an ‘optimal population structure for development’ thereby re-echoing the usual Julian Simon School.

Births of order 4 and above are shown to increase the risk of infant and maternal mortality. This is one of the reasons why the 1994 revised Population Policy set a total fertility rate (TFR) target of 3 children by 2020. This is important because nations are developed by healthy people reproducing healthily and working to take care of them in a sustainable manner. Just as we have optimal blood pressure level.

A reference to the population policy or engagement with the NPC would inform anyone that the figure is not ‘whimsical or arbitrary’.

This policy target of three children was set as far back as1994 and is therefore not an agenda been pushed by the Executive Director of the NPC. As far back as 1969 when the first population policy was developed there were recommendations for exemptions including limiting maternal leave to three children. Just as limiting pension age in the public service to 60 years does not mean after 60 one cannot work in other organizations.

As we wish to reiterate, his understanding of development is that of a classical economist and does not include health, otherwise he would have known that there is an optimal number of births for the health of women, children and communities.

For the information of the economist, age, birth interval and birth order (4+) are the demographic variables used in defining a high-risk pregnancy and are termed demographic risks.

He writes that ‘contrary to the campaign‘s repeated claims, Ghana does NOT face any imminent crises of population growth’.

He concludes the paragraph that Ghana has succeeded and ‘just needs to manage its success better’. Dr Thompson being the astute journalist, artist and economist should explain why though poverty declined by 0.8% between 2013 and 2017, the absolute figures increased from 6.4 million to 6.8 million with widening inequalities according to the GLSS7 of 2017.

Is this what he terms success that we should just manage? Of course, there is no imminent crises but as clearly stated by Lee Kuan Yew in 1969, we will regret the time lost if we do not take the decisive steps towards correcting a trend which can leave a society with many physically, intellectually and culturally anemic people.

Population growth rate does affect health, education, employment, security among others. The size and population growth rate which are a function of birth rate, death rate and migration do matter because it acts as the supply of labor force for a country and the economic situation the demand factor. An imbalance between the supply of labour and demand gives rise to unemployment and underemployment.

A vicious cycle generated by a high dependency burden associated with a young age structure leads to low savings and investment per capita which in turn leads to low economic growth and a low standard of living.

They produced high fertility rates in turn thus heightens the dependency burden perpetuating the cycle. This vicious cycle could be broken at only two points. First at the high fertility stage primarily by introducing an effective family planning program and at the stage of low economic growth by adopting policies to accelerate economic growth.

To be successful, both actions must be pursued simultaneously. With this as a clue, I hope Dr Thompson understands why there is an ever-increasing cohort of school children and we keep building to accommodate them instead of improving quality. Other economists have stated that at 1% population growth rate, nations need between 6.5% and 7% of GDP to maintain the same quality of life. This is termed running to stand still. What does he say about this? Is this consumption or investment?

He states that we are growing at 2.2% which is fine, and therefore we need to sustain the growth. It is however important to note that, our 1969 population policy had a target of 1.7% by the year 2000. Nonetheless, at 2.2 per annum, how much of our GDP do we need annually to just maintain our quality of life giving the life span of our durable assets such as schools, hospitals, roads, bridges currently perked averagely at 50 years not considering the human capital?

The claim by the economist that if indeed high population growth in Africa is the cause of migration, Africans should have been leaving long time ago is mistaken. A profile of the migrants will show that these are young people who have reached their prime ages and cannot find jobs. This is the result of high population growth and slow economic growth.

The high population growth rates he is referring to applied to smaller bases, 3.6% of 6 million therefore any little loan or grant we had was sufficient for our needs, but that will not be sufficient if our growth rate is 2.5 or 2.2 percent of 30 million. A fertility rate of 6 among 1 million women of reproductive age will result in far fewer absolute births than a fertility rate of 4 among 5 million women.

About 40% of Ghana’s population was less than 15 years in 2010 and by 2035 all those surviving from this large cohort and still living in Ghana will enter the economically active population. That high population growth increases the need for employment. This is very well demonstrated by Linden in New York Times of June 8th2018. He described it by illustrating that USA with its population structure generated 129,000 new jobs monthly, however, an America size Tanzania population structure would have had to produce 636,000 new jobs monthly without ceasing. We all have a stake and we will co-create the Ghana we want.

Dr Thompson talks about European women having up to 8 children some 100 years ago and European countries have undergone demographic transition. It is right that some European women had up to 8 children at some point in history and a corresponding life expectancy of 30 years. In economics, the fact that one cannot talk about interest rate without inflation also applies to fertility rate and quality of life in population management.

European countries run the full course of the demographic transition from high stationary to low stationary. Everything developed gradually, they did not face the explosive expansion like developing countries who benefited from medical technology and advancement in public health which lead to rapid decline in mortality.

Unfortunately, some economists did not and still do not support family planning as a critical intervention to reduce fertility to match mortality decline contributing to our current state.

Dr. Nii MoiThompson explains that ‘the slowdown in Ghana’s fertility and population growth rates over the years was largely due to the brisk pace of urbanization, from 23.25% in 1960 to 55.32% in 2017’.

Yes, one huge change in Africa according to Robert Engelman is the mushrooming of gigantic cities. Ghana is urbanizing rapidly with most people arriving from failed farmland and settling into slums.

While it is true that fertility differ according to urban-rural residence, increase in urbanization will never directly lead to fertility decline. The reduced fertility is as a result of easy access to contraceptives and abortion services. The long-standing family planning efforts have accounted for fertility decline and not necessarily urbanization.

In fact, recommending urbanization as a measure for further fertility decline is difficult to comprehend because Ghana’s greatest fertility decline was in the 1980’s when 70% of the country was rural and less literate.

According to Dr. Nii MoiThompson, the NPC ‘typically compares Ghana’s population figures to world averages or individual European countries and conclude that Ghana is doing badly’. We will continue to do so because the sustainable development goals are global targets just as the MDGs were. Human rights and human dignity are universal, and we will continue to do so. He goes further to explain how world population averages distort data from the developing world.

As much as possible we try to present a balanced picture, but we see no problem comparing with world averages. That is exactly what an average is: it combines the best performing and the worst performing. Just as some countries in the world have TFRs less than 2, others have up to 6 so there is nothing wrong with world figures and the distortions he is talking about are only imaginary.

The last is 2.39% for least developed countries (against 2.39% for Ghana); The NPC will continue to present a balanced comparison of Ghana’s population indicators including global ones because there is a global agenda with common benchmarks for all countries.
About the wild allegation of the ‘NPC campaign [being] an unwitting extension of its European counterpart, which operates through “foreign aid”, we wish to ask what is driving his agenda. Is it driven by ‘aid’?

The vision of the NPC is quality life for the people of Ghana (children, teachers, nurses, mothers, fathers, doctors etc.) not just number of births. Numbers with purpose.