Show interest in the work of Population Council—Muslim leaders to govt. 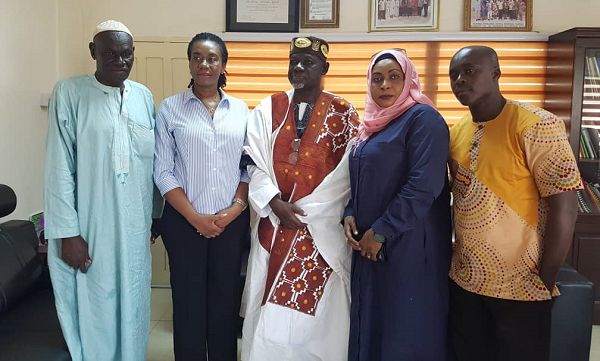 Show interest in the work of Population Council—Muslim leaders to govt.

The Executive Director of the Muslim Family Council Services (MFCS), Chief Alhaji Imoro Baaba, has urged government to show more interest in the work of the National Population Council (NPC) as it is a vital arm of government that acts as a springboard for government developmental agenda.

According to him, without the full functioning of the NPC, it will be difficult for the various institutions and commissions set up by the government to achieve any impactful results.

Chief Alhaji Imoro Baaba made the remarks when he paid a courtesy call on the Executive Director of the NPC, Dr Leticia Adelaide Appiah last Wednesday, February 6, 2019 in Accra.

Chief Alhaji Imoro Baaba said a lot of people do not understand the work of the council hence the very little prominence it receives, urging government to provide increased support to the NPC if it desires to see meaningful development.

He also called on the United Nations Population Fund, formerly the United Nations Fund for Population Activities (UNFPA), Planned Parenthood Association of Ghana (PPAG) and other international donors to continue to beef-up support for the population council to do their advocacy work to affect lives positively.

“The establishment of the National population Council dates as far back to the Busia regime which saw population, family planning as the way to go if visible developments is something to go by,” he opined.

He has, therefore, requested the NPC to adopt strategic lobbying skills to get the desired prominence it requires to help achieve its mandate in making government efforts in developing Ghana visible.

He was of the view that there is the need for partnership to better position family planning strategically for national development, educate its people and provide requisite information for their follower and provide better understanding regarding the integral nature of NPC’s work in national Development.

The Executive Director of the National Population Council, Dr Leticia Adelaide Appiah who was happy to receive the group commended their efforts and supports.

“Family planning is the way to go,” she said, adding that it is like a missionary work, hence all must join hands in achieving a mandate of providing an improved and sustained quality of life for all Ghanaians.

“We are ready to join you and won’t also mind if you join us to do the needful for the country we all love and want to see develop,” she noted.