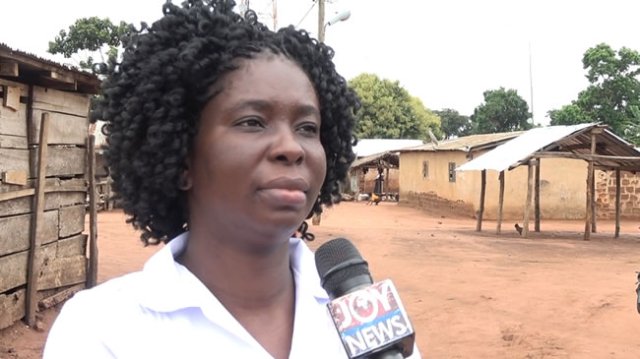 Parental control and support are critical components in the fight against teenage pregnancies in the Wenchi Municipality of the Bono Region.

Some 750 cases have so far been recorded in the first half of 2019, a situation the Wenchi Municipal Public Health director, Abigail Ofosuhemaa Asamoah describes as worrying.

She told Joy News, on the sidelines of a World Population Day event at Amponsakrom, in Wenchi, that, besides taking their services to the homes of these teenagers, the cooperation of parents and the empowering of the adolescent will help curb the rising number of teenage mothers in the municipality.

She said some pregnant students, including two nursing mothers, took part in the 2019 Basic Education Certificate Examination (BECE) in Wenchi.

“The education is ongoing but we have to intensify it. We will need much support from the parents since some are directly or indirectly push their girls into such immoral sexual acts due to money. And besides the parent’s cooperation in curbing the alarming situation, the adolescent herself needs to be empowered to be able to make the right decisions for herself,” she stressed.

The regional population day programme at Wenchi Amponsakrom aimed at drawing the attention of the people on the need and the urgency to think about population growth and its impacts on development.

The event which was under the theme; Reproductive health and gender equality also afforded the youth the chance to appreciate the dangers and challenges associated with unplanned childbirth.

Ghana has an estimated population of 30.42 million. And the youth are significantly contributing to the population growth rate in the country which currently stands at 2.5%.

In the Bono, Bono East and Ahafo Regions, teenage pregnancies increased from 13% in 2008 to 17% in 2017. This is attributed to factors such as broken homes, lack of education and early marriages.

“But the existing structures such as school building, health facilities to support them are not enough because we are not adding on to the structures as compared to the number of human beings we are adding on every year,” Regional population officer, Davies Aboagye said.

Mr Aboagye noted that though government is spending more to provide infrastructure to improve the quality of life of the people, the growing number makes the situation difficult for both government and individual families.

She said some boys offer them food as well as money for their upkeep to complement the insufficient support from their parents.

“Our problem in the community is that one day he will ask sex from you and you will have nothing to say than to give in to the sexual act leading to unwanted pregnancies”.

Assemblyman for Amponsakrom, Peter Yelkoro Chottah said activities of drinking bar operators in the night must be checked since that remains the excuse to lure the adolescent out at night.

Wenchi Municipal Chief Executive Officer, Dr Prince Kwakye Afriyie, however, called on the chiefs to pass a by-law to regulate some activities in the various communities that breeds immoral behaviours.

Dr Afriyie also encouraged stakeholders including religious leaders and youth groups to use every platform available to them to drum home the effects of teenage pregnancies.

He added, “More classroom building and Library blocks for the communities are part of plans to engage the adolescent during their spare time”.