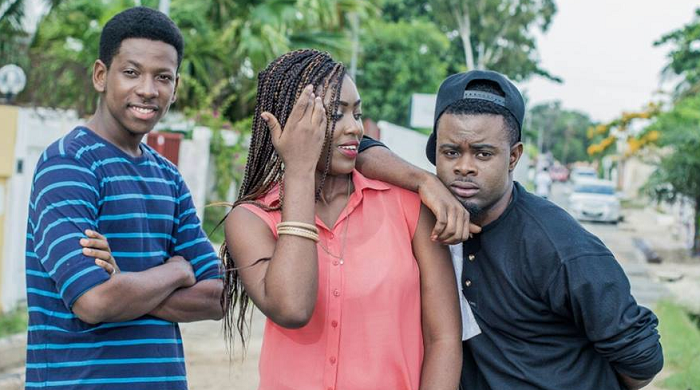 Developed by the NPC as part of a multi-media campaign for adolescents, YOLO is a component of the Ghana Adolescent Reproductive Health (GHARH) programme being implemented by the Palladium Group with support from the UK Government.

The National Population Council (NPC) had held a two-day workshop to build the capacity of the cast of a television series that promote adolescent sexuality and rights, to be role models and ambassadors in their localities.

The cast, who are themselves young persons star in the YOLO (You only live once) television series that seeks to increase young people’s access to appropriate health information and health services by enhancing the social, legal and cultural environment for the improvement of young people’s reproductive health.

Developed by the NPC as part of a multi-media campaign for adolescents, YOLO is a component of the Ghana Adolescent Reproductive Health (GHARH) programme being implemented by the Palladium Group with support from the UK Government.

Addressing the workshop participants, Dr Leticia Adelaide Appiah, Executive Director of the NPC said adolescence is a period of transition therefore there is the need for innovative campaigns like the YOLO TV Series which provides the platform for information sharing on reproductive health issues, hygiene and behaviour change.

She said the capacity-strengthening workshop was also to encourage the cast to strive to transmit Sexual and Reproductive Health and day-to-day health messages to young people all over the country.

Dr Appiah noted that just like all societies, Ghana has to prepare its young people into adulthood.

“Whether it is done formally or informally, consciously or unconsciously, a considerable amount of effort is needed for this task. All the major players, family, religious organisations, educational system, political leaders, employment opportunities, recreational facilities, community and social institutions are required to devote varying amount of time and resources to the socialisation of new comers,” she stated.

The traditional agencies of socialisation especially family, school, church and community should also have the task to transmit the core values of respect, good manners, honesty integrity and discipline since no society can develop or survive without these values, Dr Appiah added.

According to the 2014 Demographic Health Survey (DHS) 14 per cent of teenagers 15-19 in the country were either mothers or pregnant at the time of the survey, Dr Appiah emphasised.

She explained that the YOLO series has two target groups. “The primary target are those between the ages of 10 to 19 years and young people who are sexually active and require information to protect themselves from their risky lifestyle as well as others who face challenges bothering on peer pressure, cultural practices including early and forced marriages, unplanned pregnancies, and abortion.”

The secondary targets, she added, are parents, guardians, the extended family, and stakeholders with interest in youth development at policy level, policy and decision- makers, community and opinion leaders and the media.

Reproduction project
Dr. Appiah said the GHARH is a three-year programme being piloted in all twenty-seven districts of the Brong Ahafo region and  some parts of the Ashanti region

As part of the GHARH project implementation, the National Population Council (NPC) contracted Farm House Production to develop a multi-media campaign for adolescents in Ghana called YOLO, she expanded.

“Farmhouse production was contracted since they has prior experience as the production house which developed “Things We Do for Love’’ – an old drama series developed around the late nineties to entertain and educate young people on sexual and reproductive health issues.”

YOLO
Palladium has adopted a comprehensive approach in the use of social media as a tool to educate adolescents on sexual reproductive health and a chat platform has also been developed for discussions on YOLO in schools.

More so, there is also going to be a voice over to be done in Twi for YOLO seasons one and two in schools.

The season one, two and three of the TV Series have been viewed on YouTube about three million times and out of this sixty per cent of the views are from Ghana with the remaining forty per cent spread across the world.